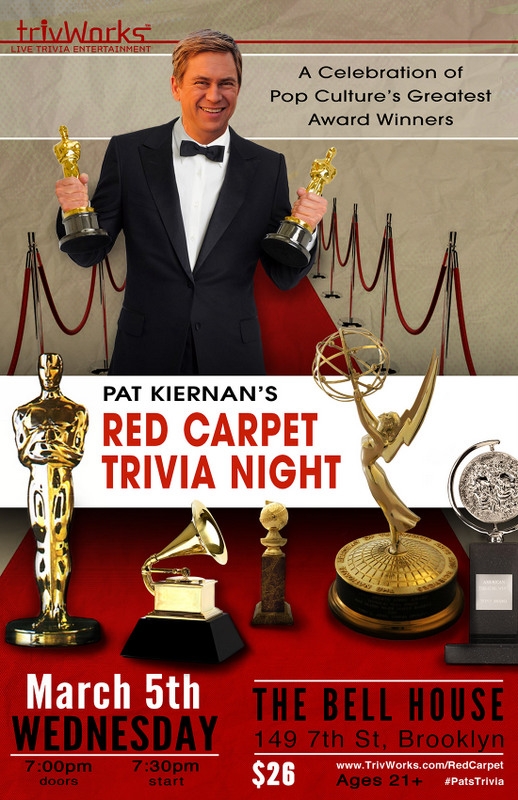 On Wednesday, March 5th, "Pat Kiernan's Red Carpet Trivia Night" comes to The Bell House in Brooklyn, where an expected sellout audience of 300 will participate in another raucous, high-energy team trivia competition!

Celebrating pop culture's greatest award winners, come test your knowledge of the people, movies, TV shows, music, Broadway shows, books, media and more which have won awards, as well as memorable moments from awards shows themselves! Featuring both full-room and 1-on-1 trivia onstage with Pat for a select number of attendees, there will be plenty of theme-appropriate prizes given away throughout as well!

As usual, Pat Kiernan's trivia night is excepted to completely sell out in advance - however, TrivWorks has set aside a pair of tickets for the first lucky Brooklyn Exposed reader who can answer the following trivia challenge presented by TrivWorks founder David Jacobson (watch video for question):